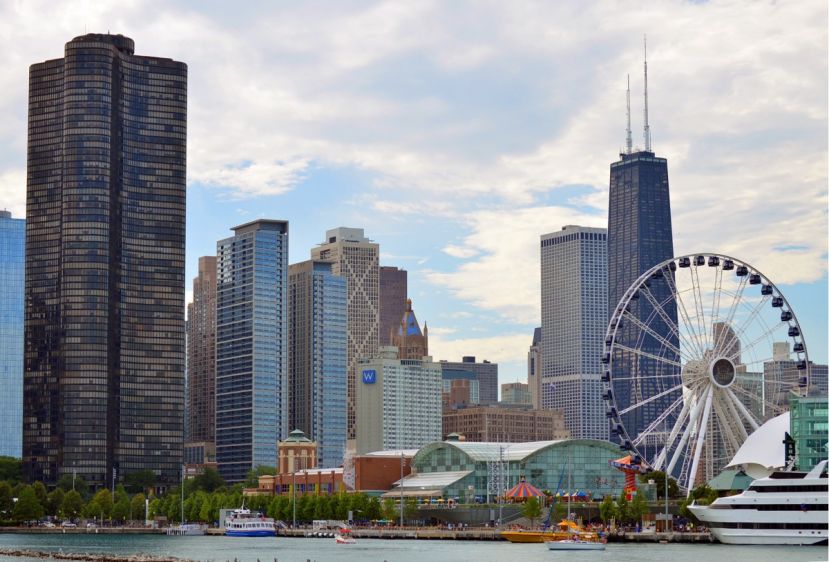 Chicago Blockchain Project (CBP) announced today that it will be hosting its first Voice of Blockchain conference on Aug. 24 and 25 at Chicago’s Navy Pier. The event will be held in partnership with Chicago-based tech co-working space 1871 and decentralized democratic governance protocol Democracy Earth.

“Voice of Blockchain is a two-day conference gathering industry influencers, leaders in blockchain, government and business and 5,000 attendees to shape the ongoing conversation on blockchain today,” according to a press release published by CBP on July 31.

CBP is an organization that focuses on developing Chicago as the premier global blockchain technology hub through education, marketing, software and community development. In line with its vision, the Voice of Blockchain event aims to serve as an educational forum for the future of blockchain technology, in addition to providing network and recruitment opportunities.

“The world is moving from competition to collaboration, and [CBP] aims to accelerate that change starting right here in Chicago,” Joe Hernandez, founder of CBP, said in a press release.

“We believe Chicago can be the go-to place for blockchain technology and expertise, and we couldn’t be more excited to support this event for our community and the tech industry at large,” Betsy Ziegler, CEO at 1871 and partner to the Voice of Blockchain event, said in a press release.

Speakers at the conference will include industry leaders, notable bloggers, popular podcasters, Youtubers and more from the tech space, including:

Speakers and presentations will delve into pivotal themes in the blockchain technology realm, such as innovation, fintech, #BUIDL, markets and blockchain for social good.

“By focusing on decentralized solutions to the world’s toughest problems, Voice of Blockchain puts Chicago in a leading role building the blockchain ecosystem,” Herb Stephens, President of the Democracy Earth Foundation, said in a press release.

“As one of the largest blockchain events in the country,” Hernandez said, “Voice of Blockchain is arming the Chicago community with the skills to compete in the economy of the future while establishing the city as the blockchain capital of the world — we’re creating a catalyst for impactful change.”

More in this category: « Venture Capitalist Rumi Morales on the Crypto-Space How the .HIVE Gaming App is Buzzing Into the Cryptosphere »